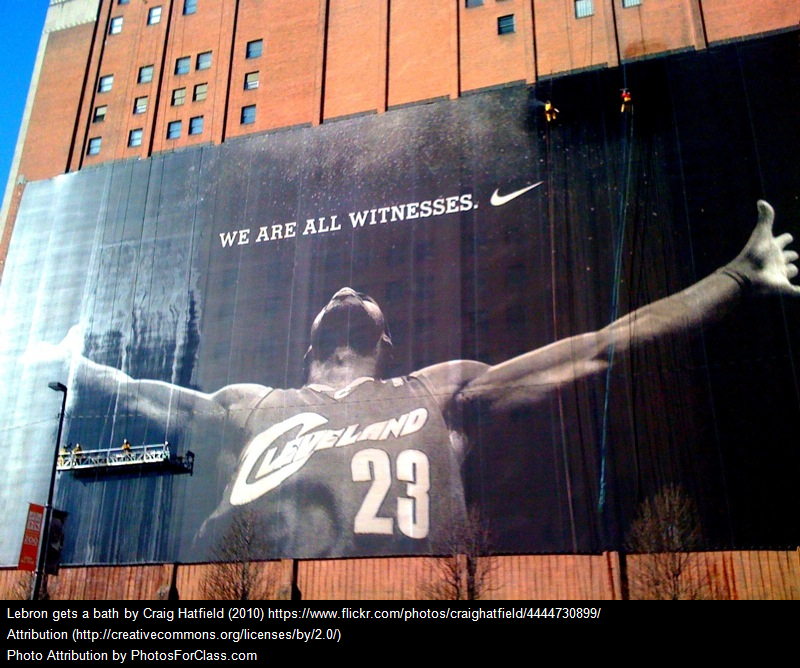 It took me awhile to write this. I just didn’t have it in me to say goodbye to the one NBA player who made my miserable work days tolerable.

Nothing better then an 8 pm game watching LeBron score triple doubles , block shots , and easily make that clutch shot in those final seconds of the game. If you are from Cleveland you know what his billboard means to the city.

Now , it’s all said and done. LeBron has just signed a four year deal with the Los Angeles Lakers with a no trade clause inked in. He will retire in the NBA as a Laker. As I read comments on Facebook and Twitter I’m noticing some angry fans screaming that he will never take Kobe’s place. I can admit in all fairness , the Laker fans have a point. I don’t think too many kind words would be said about Kevin Durant or Steph Curry or any other great player who came to Cleveland and thought for one second they could just walk on to the Q’s court and have their picture up on a giant billboard in downtown Cleveland. LeBron has to much history there. I don’t think any other sports player who ever played for Cleveland has that same kind of love.

Now I say goodbye to his billboard that has been covering the Sherwin-Williams building for 4 years . Now I say goodbye to the weekly late night CAVS games , because let’s face it, I only became a basketball fan after watching LeBron. Sure I fell in love with Kyrie , JR Smith , Kevin Love , and Tristian Thompson along the way , but it just doesn’t feel right watching a CAVS game without LeBron.

As all good things come to an end , I am also saying goodbye to the number 23. LeBrons Jersey is expected to be retired soon . Who can possibly wear that number like a badge of honor after LeBron .

It’s been a great 11 years LeBron played in Cleveland ( 4 in Miami ) . It’s been the most awesome 2016 when LeBron lead the CAVS to that championship that Cleveland has not seen in over 50 years . Thank you LeBron for bringing me so much fun and joy in Cleveland . Thank you for for coming back to Cleveland and delivering your promise. You will always be welcomed in Cleveland !

See you in Los Angeles!